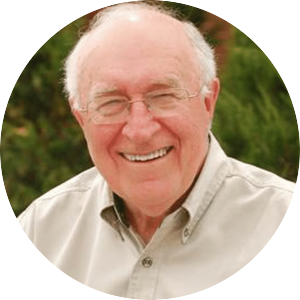 I was born in Silver Lake Twp. in Martin County Minnesota.  I was raised on a diversified farm in East Chain Twp. in Martin County, Minnesota which consisted of livestock beef, swine, poultry (laying flock), and crops of corn, soybeans, oats and alfalfa hay.  After one year of college, I decided to help my dad farm.  However, that was not a good decision because I became eligible for the draft in the Korean Conflict.  I volunteered for the draft to speed up my military time.  I served a two year hitch in the military as a military policeman in the 7th Infantry Division in Korea.

After returning from the military, I decided that a college education was essential for my future.  I decided to attend the University of Nebraska and major in Agricultural Education.  Why Nebraska?  Well I had a beautiful Nebraska sweetheart who was finishing an R.N. program in Lincoln.  We were married a few months after I was discharged (honorably) from the military and I began my college program in the fall of 1956.

After graduating, I became the Agricultural Education teacher (Vo Ag at that time) in Hooper, Nebraska.  I taught in Hooper for about 4 years.  I had a great teaching experience.  The students were excellent, the community was excellent, and I was able to launch my teaching career in a great place.  I had a great FFA Chapter, SAE was a requirement, and we launched a varied adult education program for both young and established farmers.  I was then invited to be an Assistant State Supervisor in Agricultural Education in the Nebraska Department of Education.  I held that position for two years and then was lured back to the University of Nebraska to finish a masters and doctoral program.

By this time, my wife and I were blessed with four fabulous children, Peggy, Dan, Mick and Kay (passed away September 20, 2010 after a ten-year battle with colon cancer).  They all married, and today we have nine grandchildren plus one was married in the summer of 2010 so we now have 10 grandkids.  I accepted a position at the University of Nebraska as an Assistant Professor in Ag Ed in 1969.  In the fall of 1971, I accepted a position as an Associate Professor at the University of Minnesota and began my Minnesota career on Jan. 1, 1972.  In 1984, I was promoted to Professor.  I retired from the U of Minnesota in June of 2005.  I also served as the interim Chr. of the Department of Work and Human Resource Education for two years.  In the fall of 2007, I was appointed to teach a course each fall and spring terms.

I have a deep interest in the role Agricultural Education brings to the K-12 school setting.  Food, agriculture and the natural resources provide a rich and meaningful context for all subject matter areas in school.  This content touches everyone's life every day and makes education meaningful and realistic.  My passion is to see this content infused into all levels of the K-12 system. I have a long and deep interest in serving students to the best of my ability.  My 50 years in teaching at many levels has provided a rich reward in watching students develop into productive individuals.